1) Malaria mosquitoes of Australasia and the Pacific

We have been studying the evolution and distribution of Anopheles mosquito species across our region  (Australia, Papua New Guinea and the Solomon Islands). We develop and use DNA-based tools to identify the  malaria transmitting Anopheles species from non-vector species in order to study their biology, ecology and potential to adapt to mosquito control strategies. Evolutionary and population genetic studies are then used  to assess the historical and contemporary movement, areas of high gene flow and barriers to movement.  Working closely with the Australian Defence Force's Malaria and Infectious Diseases Institute, our aim is to deliver better knowledge on our regional malaria vectors, in part by developing an extensive malaria vector spatial-genetic database to assist in the design, execution and monitoring of future mosquito control strategies.
2) Endemic and exotic mosquitoes (arbovirus threats)

Australasian arbovirus vectors
Mosquitoes in the Culex sitiens subgroup are the major endemic arbovirus vectors of our region and comprises several unsubscribed cryptic species. We are using evolutionary and population genetics approaches to tease out the cryptic species status of this group, develop molecular diagnostics and study the biology and ecology  of these mosquitoes in our region of the world.


Exotic arbovirus vectors
The dengue vector Aedes aegypti﻿ utilised humans to invade Australia and is currently  endemic to Queensland, but could potentially re-emerge throughout Australia urban regions as a result of a changing climate and the  dramatic expansion of domestic rainwater tanks that are being installed to drought-proof our urban landscapes. Also of concern, the particularly pesky Asian tiger Aedes albopictus that has  expanded its distribution into southern Papua New Guinea and the Torres Strait Islands, now threatening invade mainland Australia. We are looking at the evolution, distribution, movement and biosecurity threats of both these mosquitoes in our region. We don't want the Asian tiger mosquito establishing on mainland Australia, so we are working on developing new population suppression tools to boot it back out when it arrives - see below.

We are working in a highly collaborative group  on a couple of neat projects that are using sterile / incomparable  males to reduce and remove exotic invasive mosquito species that transmit human pathogen. Our initial focus has been on the dengue mosquito (Aedes aegypti). In this, have been  working with NHMRC, ﻿CSIRO﻿ and  Verily Life Science (an Alphabet/Google affiliate) to use the useful bacteria Wolbachia to develop an new reproductively incompatible male mosquito release technology to reduce and remove mosquitoes from human landscapes. Our first set of experiments in the northern Cassowary Coast "Debug Innisfail" of Queensland showed this Incompatible Insect Technique (IIT)  to be robust and viable -- thank you the the Cassowary Coast Community for being part of the science. 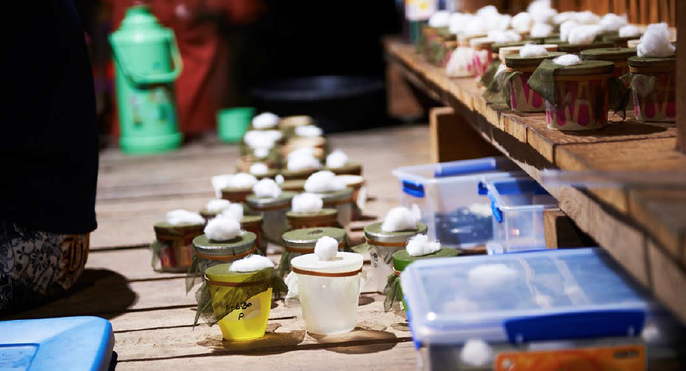 This photo shows some of the hi-tech tools used in the field -- it gets a bit more complicated in the lab. But there is no better place to understand mosquitoes than being in the field with them.